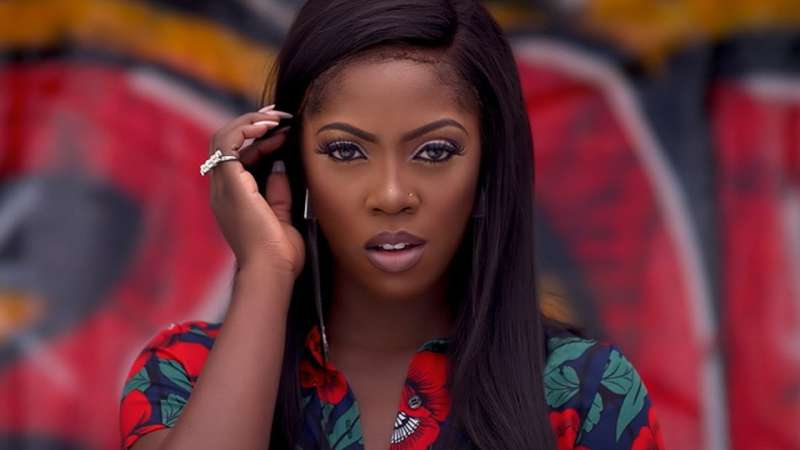 Roc Nation/Mavins Artiste Tiwa Savage had a chat with Premium Times at an event in Lagos on Tuesday spoke about her career and controversies.

Read excerpts from the interview below…

How have you handled all the controversies that trailed your marriage in April?

It’s been the grace of God and I think I have been able to pull through by simply immersing myself in my work.

And the bad press and ‘nasty’ things written about you?

Generally speaking all that has been written about me doesn’t really affect me anymore. When I got into the industry initially, it was very difficult for anybody to realise this. But now, I have come to the realisation that the hard work you put in and the positive things that you do as an artiste always outweighs the negative. Whether you’re in the media, a banker or a nurse, you’re going to have people talk about you. Not everyone loves Jesus Christ so who am I to talk about people saying things about me? You can’t make everyone happy. I don’t try to waste time on people that don’t love me, so I just spend time with people that love me so I don’t disappoint them.

How do you handle embarrassing moments?

I don’t really think that I have had embarrassing moments like that. But I did have one recently while performing on the stage; where my cloth ripped off. I grew up around boys and my brothers teased me a lot. So, I am used to people making fun about me. I don’t take life too seriously and also, Mavin Records comprises of men; Di’ja and I are the only females. My male colleagues are all fun to be around. So when something embarrassing happens, I just take it laugh off and never take it to heart.

What is next for Tiwa Savage?

The next stage is how to work and break into the international market. I definitely don’t want to forget my Nigerian roots. I think that when you sign international deal, there is this tendency to forget home. We artistes also tend to forget that the main reason they signed you is because you were doing very well at home, so you can’t forget that. So, I am basically just trying to strike a balance with both audience and market. My dream is to grow the Tiwa Savage brand at home and abroad.

Tell us how you got signed on with Jay Z’s Roc Nation?

There’s a guy called Briant “Bee-High” Biggs; he is Jay Z’s cousin. He also doubles as Roc Nation’s current director of mobile strategies. He had been visiting Nigeria for few months to scout for fresh talents in Africa. The aim was to get these artistes and Jay Z’s label into the global market. I guess Brian had been monitoring my music and my career through the years before deciding to go with me. I guess he went with me because I am female while his other partners/remaining scouts were getting male artists. He wanted to strike a deal with a female artiste because the biggest artistes in America like Rihanna and Adele are all females. So, he really believes that there is a market for talented female artistes.

Are you not bothered by the fact that something similar crashed Mo’hits?

Oh no. I really don’t think the international deal is what broke up Mo’hits and I don’t really think any of us can actually talk about that issue. This is because only the two of them-Don Jazzy and D’banj, really know what happened. But mine is a blessing and I am not going to allow what happened in the past affect me.

How did you feel when you met Jay Z?

It was an incredible feeling but when you meet with him, you will realize that he is human afterall. He was very chilled, very relaxed and he made us feel comfortable. It happened so fast that I didn’t have time to really feel nervous. He spoke a lot about his experience and shared a lot of wisdom. Meeting him is such a great achievement but the work really starts now so we can really prove to the world that the partnership is successful.

Regardless of all that that has happened in your life, are you truly happy?

Of course I am very happy and I am blessed; I have a loving family, my career is getting stronger by the day. I recently signed an international deal so why won’t I be happy?

Is acting something you want to explore?

Yes, I really want to explore acting. I starred in Shuga and Jenifa’s Diary. But it has to be the right role. I also think that acting takes a lot of your time and it also takes a few months out of your calendar.

What role would you want to play?

I wouldn’t want to play a role that is similar to whom I am in real life i.e. a celebrity, musician or whatever people perceive as Tiwa savage. I will actually love to play the role of a market woman.

These Pre-Wedding Photos are Trending Online

Ah wish you all the best dear…