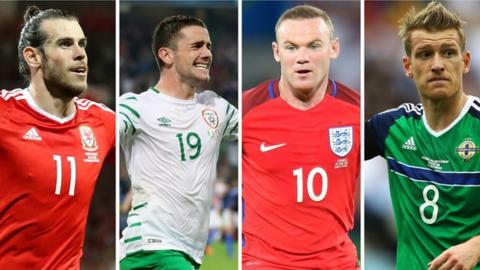 Wales will play Northern Ireland in the last 16 of Euro 2016, while England take on Iceland and the Republic of Ireland face France.

The Republic were minutes from going out but came third in Group E with a late 1-0 win over Italy and go through.

England, who were runners-up behind Wales, play surprise Group F runners-up Iceland in Nice on Monday

Euro 2016: We are one of favourites now, say buoyant Croatians

Today Three young Nigerians will be honoured by Queen Elizabeth

Men its gonna be cool…

Italy vs Spain is game to watch. My guess for this round is that Italy Croatia Germany and France are among those to make it to the next round.