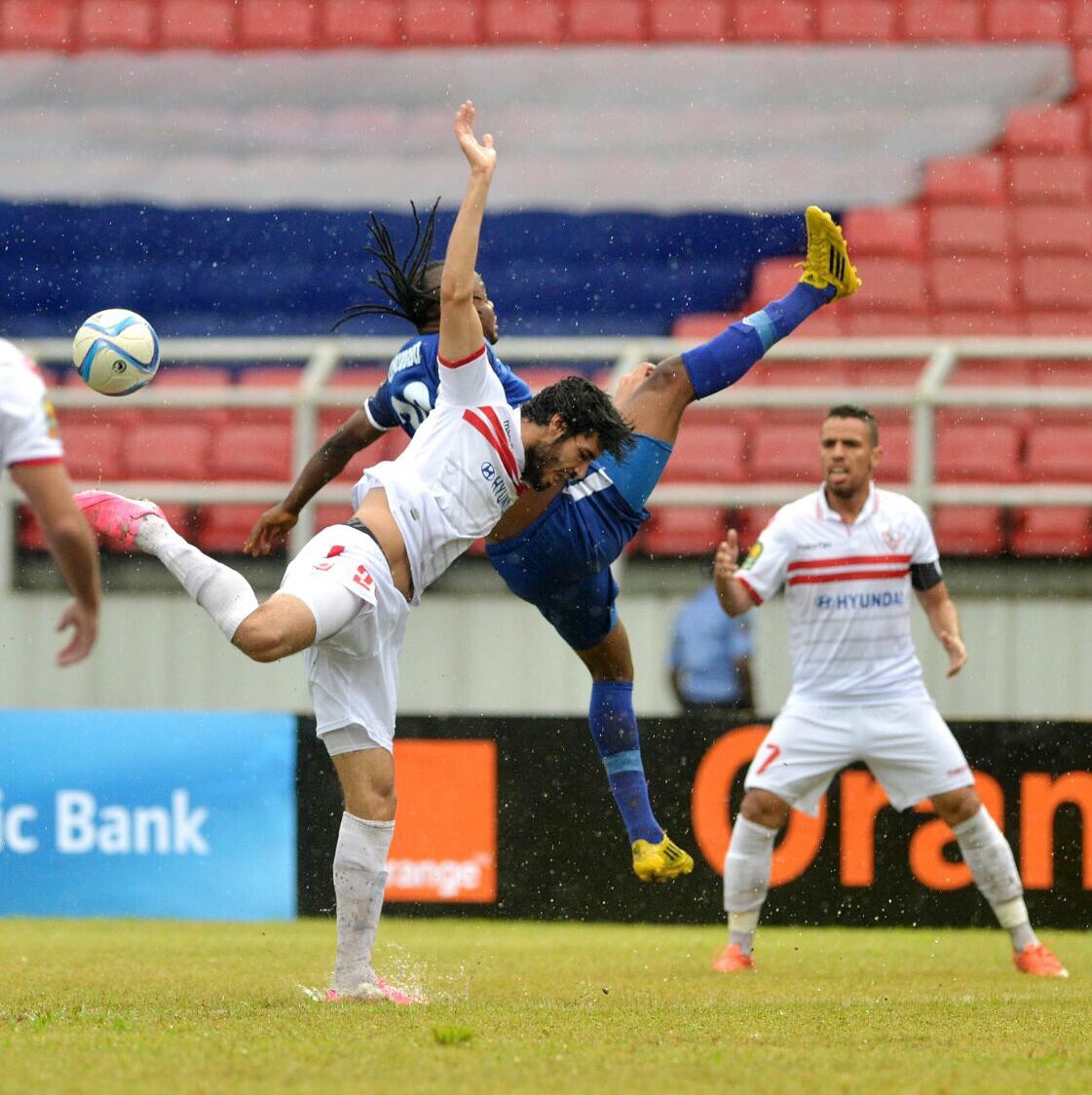 Nigerian champions Enyimba started their campaign in the group stages of the CAF Champions League on a disappointing note as they were handed a 1-0 defeat by Zamalek Football Club of Egypt on Sunday.
The game was delayed for few minutes following heavy downpour at the Adokie Amiesimaka Stadium.
Bassem Morsy scored the only goal eight minutes into the game with a beautiful header.
Zamalek were the first to threaten through Mahmoud Kahraba who attempted to chip the ball over Theophilus Afelokhai, but the goalkeeper make a comfortable save.

They however went into the lead two minutes later through Morsy.
The forward nodded the ball home after a good passage of play in the midfield.
Enyimba responded by dominating possession and came close to finding the equaliser in the 21st minute through Kelly Kester, but his shot was tipped above the post by Ahmed El Shenawy.
Joseph Osadiaye came close to restoring parity for Enyimba two minutes before the break but he blazed his effort wide.
Enyimba upped the tempo early in the second half and were denied once again by goalkeeper El Shenawy who make a brave save from from Mfon Udoh’s header.
Ifeanyi Onuigbo wasted another great opportunity for the hosts in the 59th minute when he sent the ball over the bar following a quick counter attack.
Paul Aigbogun’s men battled hard to find an equaliser, but the visitors resisted and head back to Cairo with the three points in the bag.
Mamelodi Sundowns of South Africa beat Algerian side ES Setif of Algeria 2-0 in the first Group B game on Saturday.
Enyimba now sit second from bottom of the group following the defeat. They will face Sundowns in their second game in a forthnight.

Ah that’s so not encouraging…

It was here I warned that they should be wary of these North Africans alas it happened!