Am going no where 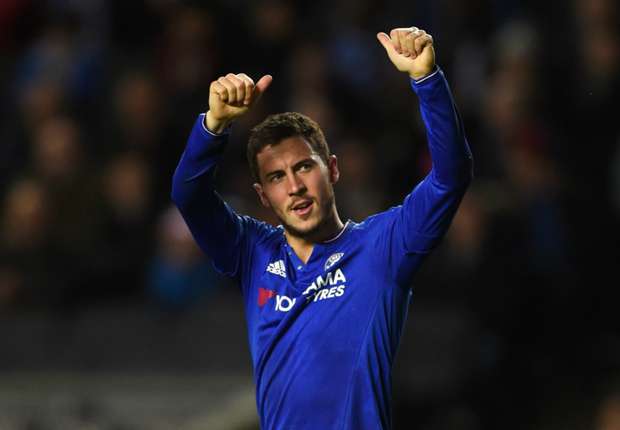 Eden Hazard has ruled out a move to Paris Saint-Germain and insists he will rediscover his form at Chelsea.

The Belgium international struggled to find any form under Jose Mourinho at Stamford Bridge last season and scored just six goals after his 19 in the previous campaign.

Hazard has subsequently been linked with a move away from Chelsea, and in particular French champions PSG, though the 25-year-old has now rejected the speculation.

“PSG are not among my projects right now

Tonto Dikeh reveals why she breastfeeds her 3 months old baby

END TIME PASTOR AND HIS MANY ATROCITIES IN AKURE

Lionel Messi is the greatest footballer ever – Ahmed Musa says

Kanu Nwankwo showers wife with love messages on her birthday