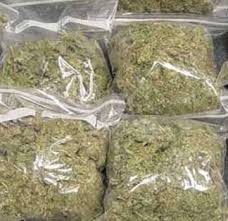 The Kwara State Police Command, has arrested nine persons for organising an Indian hemp (Igbo) festival in Ilorin over the weekend.
According to reports, the suspects whose names could not be determined during the press conference , were of secondary school age.

It was also reported, that the suspects had distributed posters informing intending participants about the event and rejected calls by prominent citizens and organisations to call it off.

Sources at the Adewole Divisional Police Station, Ilorin, revealed to journalists yesterday that the culprits were apprehended in Aiyetoro and Asa-Dam area of Ilorin. They will soon be charged to court, when investigation is complete to ascertain their involvement.

“I just received the report and I cannot confirm the number of those that were arrested.
“The incident happened within the jurisdiction of the “D’ Division under Adewole Divisional Police Station, Ilorin.”

He however, insisted that the Command will continue to ensure crime prevention to make the residents live in peace and harmony.